Our specialist cargo team are involved on a daily basis with the quoting and placing of cover, both direct and reinsurance, for single shipments, or more commonly Open Cargo Policies for all of our client’s shipments, either imports and/or export. The cargoes involved are many and varied, either packaged /containerised or in bulk, being transported by sea, river, air or overland across the globe.

A very wide range of Insurance terms will be negotiated which best suit each circumstance and will depend on the nature of the cargoes involved, whether packaged, in containers or shipped in bulk and also the voyages contemplated.

Insurance for these cargoes would usually be from warehouse from time of loading at point of origin to warehouse or point of discharge at their final destination. Insuring conditions will vary dependent on several factor such as nature of the cargo and packing and whether shipped in bulk or otherwise. The widest cover being “All Risks “per the internationally accepted Institute Cargo Clauses (A). Options available giving more restrictive cover i.e. per Institute Cargo Clauses (B )which covers loss or damage from named “FPA” perils such as fire , explosion, the, carrying vessel being stranded, grounded, sunk or capsized, on fire or in collision. Ingress of water into the hold of a vessel etc. Alternatively the Institute Cargo Clauses (C) maybe more appropriate. These clauses, in the broadest terms give cover for “total loss of the goods insured. For example (C) Clauses would normally be used for cargoes such as cement and other bagged or bulk commodities. There are also specialist “Trade” clauses for shipments of oils, timber coal, cereals and some other commodities plus meats and frozen foods.

Coverage for war, strikes and civil commotions would normally be added per the relevant Institute or similar Clauses

All of these Clauses exclude: 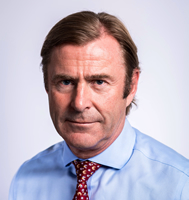