This class of insurance is unique to the USA market. Coverage is designed to give liability cover, up to specified limits, for land-based employees who may be required from time to time to operate on or from vessels that their employer does not own or operate. This coverage is particularly relevant for US-contracting firms whose employees may find remedy under the Jones Act for personal injury or death, even if such employees spend the majority of working time ashore.

Under United States Federal law (The Jones Act also known as Merchant Marine Act), masters and members of the crew are not restricted to statutory compensation acts (State Workers’ Compensation) and may sue their employers for injuries sustained in the course of employment.  Maritime employers’ liability is an important concept to understand. The Jones Act is based on negligence and eliminates many defences, including assumption of the risk and contributory negligence. However, it includes comparative negligence. For purposes of coverage under the Jones Act, the term ‘seaman’ can differ from the definition that generally would apply under general maritime law. The following ‘test’ can be applied:

The Jones Act gives seamen a right to a trial by jury and incorporates the provisions of the Federal Employer’s Liability Act in maritime law. To be considered in the employ of the vessel, you do not need to have signed ‘ship’s articles’ (an agreement between the captain and the seaman), so long as you are working aboard the vessel. The general maritime law, however, will not protect a mere volunteer assisting the crew in its activities. While in the general sense the term ‘vessel’ includes all navigable structures intended for or capable of transportation, there is no set legal definition. The meaning of the term is continually being expanded and extended by the courts and even covers mobile offshore drilling platforms.

A worker’s status regarding whether he or she is a seaman or longshoreman/harbor worker is often the subject of litigation and may present an exposure to the employer that he did not anticipate. For example, there have been cases where a worker painting from a raft or skiff was deemed to be a Jones Act Seaman because the raft or skiff was a “vessel.”

A seaman’s rights under Jones Act, as well as under maritime law, are conditioned by the contractual agreement of employment for serving aboard a vessel. This means the seaman’s rights continue while onshore so long as the employee is acting within the course of this employment. 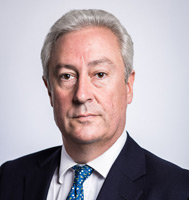 John Hudson
MANAGING DIRECTOR, MARINE DIVISION
John has been Managing Director of the Marine Division of Besso since 2014. He has over 35 years of experience in the insurance industry.